Peter has been on the WellStop Board since 2010 and has been Chair since August 2012.

​Prior to this he had 19 years’ senior management experience including responsibility for advice on social policy and justice issues and for overall budget and macroeconomic advice.  During this time and previously he was involved in the design and implementation of public sector management.

Peter has Masters degrees and a PhD in agricultural economics as well as certificates in company direction. 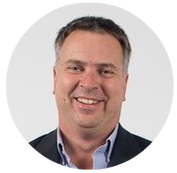 In New Zealand, Mr Woodard has served as Chief Executive of Presbyterian Support Central, an NGO with 25 locations and 1,500 staff.​​

He was also the founding executive of a joint venture between two government agencies to develop a national strategy and an integrated funding mechanism for ambulance services.  Mr Woodard has also served as the Alternate Chair of Ministry of Social Development Chief Executive Advisory Panel on Child, Youth and Family Complaints.​

​In the US, Mr Woodard served as Director of Strategy and Business Development for Catholic Healthcare West (now Dignity Health); CEO of SavvyHealth, an Internet start-up; and Health Plan Director for On Lok Senior Health Services.  Mr Woodard has also served as a Vice President at MBIA and as a Senior Manager at Deloitte and Touche. 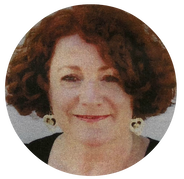 Ali is the Director of Tictoc Studio. Ali has been running her business for 20+ years which focuses on the people side of business.

Ali has worked throughout Aotearoa New Zealand with a wide range of organisations - government departments, not for profit organisations, educational institutes and universities, privately owned companies and community based initiatives.

​Ali has a Master’s in Education, Policy and Research, BA in Psychology and a Diploma in Teaching.

​Mark was the first Clinical Director of the Christchurch STOP programme and subsequently set up the national residential treatment programme for very high-risk adolescents who had sexually abused.

He has enjoyed a diverse career in the social profit sector, which includes running a night shelter, initiating community development programmes and a male abuse survivors’ response, and work with problem gamblers.
​
Mark is CEO of the Stroke Foundation.  Mark holds master’s degrees in social work and business administration and is a member of the NZ Institute of Directors